The vision  is “To enable all individuals, organisations, both private and public and the community as a whole to develop an ethos of digital citizenship that leads to a safe and responsible use of internet accessible technology”.

This document represents a partnership of sharing and understanding between all parties whereby each party is subject to the rights and responsibilities outlined in the following document. These guidelines have been signed off by the East and Midlothian Public Protection Committee.

This document does not replace existing policies in respect of safer internet usage however is intended to support any existing guidance and assist individuals, organisations, both private and public and the community as a whole to consider the issue, their responsibility in responding to such matters and who to contact for further advice or support to deal with any issue should it arise.

The E-safety Forum (East and Midlothian) has been set up to create an E-safety Action Plan which will be presented back to the EMPPC for approval.

Summer jobs included working for BP creating an education training game about health and safety aboard offshore oil rigs, as well as competing in the 2013 Dare to be Digital Competition hosted by Abertay.

The 2015 Computing Science Education conference will be hosted by the School of Computing at the University of Dundee on Saturday 7th November 2015.

‘After the ‘slimline’ conference last year we will be back to our multiple strands plus workshops model that has worked well in the past. Following on from our successful BGE strand last year and the positive feedback we got from the Primary teachers attending we are carrying on with the BGE strand and expanding it so there will be BGE sessions for the full day.

This will mean professionals from Early Years, Primary, Secondary, Further Education, Higher Education and Industry all gathering together to discuss Computing Science education!

In order to make this conference a huge success we need you and professionals within your authority.We are opening a Call for Proposals and we are hoping that many of you will submit proposals for sessions at the conference. There are a selection of themes to give you ideas.

You can get more information and ideas in our Call for Participation document which can be found here : http://bit.ly/1boY0LT

If you would like to submit a proposal, the form is here: http://bit.ly/CASSconf15CALL

All the latest technology news and views from around East Lothian.

What is Google Classroom?

Have a look at this video here for a quick synopsis…

Classroom is a new tool in Google Apps for Education that weaves together Google Docs, Drive and Gmail to help teachers create and organise assignments quickly, provide feedback efficiently, and communicate with their classes with ease. It lets students organise their work, complete and turn it in, and communicate directly with their teachers and peers.

Classroom helps teachers create and collect assignments paperlessly. When teachers create assignments, they can choose to share a single document, or automatically make a copy for each student. They can quickly see who has or hasn’t completed the work, and provide direct, real-time feedback.

I am looking forward to leading the training session tomorrow night and hope that the participants will be up for giving it a go with their classes. If you are interested in signing up for future training in any aspect of Google Apps, please register your interest with the CLPL team (staffdevecs@eastlothian.gov.uk) 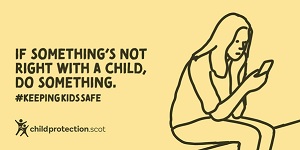 How do I get my news featured here?

These "What's On?" headlines come from the eduBuzz What's On? site. Access is available to all eduBuzz site owners and contributors on request: contact support@edubuzz.org. 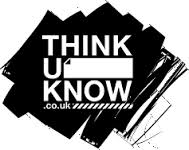