There was a real glut of fruit in the garden this year.  The plum tree, which seems to live a charmed life and has survived  the trunk splitting  under the weight of fruit, produced more fruit than ever.  Plums found their way into various concoctions but I’ve no idea why I thought it would be a good idea to make a double quantity of chutney.  The industrial volume nearly defeated me.    Even so most of the plums rotted on the ground as it was a good plum season all round.  I knew there was no hope of off-loading much when GPD came home with a bag of plums he’d been given by someone else.

And then it was the turn of the apples.  Our apple tree was a wondrous sight this year but I was away at the critical period and most of the apples fell before they could be picked.   But as I raked  up the windfalls for the compost heap after our holiday, I realised that whilst they were past their best for eating, they weren’t all rotten. I’ve never really found a solution to dealing with all the apples we get but our neighbours have a juice press and it seemed time to give that a try.   So that’s what we did, on a glorious autumn afternoon in our backyard, and the results were delicious.  We’ve now got a lot of juice in the freezer alongside all those frozen plums and gooseberries and currants.  I’m just putting off the what to do with it all a little longer but at least I’ll know how to deal with next year’s crop!

In celebration of Autumn for this week’s Gallery theme of Seasons, do have a look at these photos of this most autumnal of activities. And just by way of contrast, remind yourselves of last winter’s snow and the spring to come.  The garden may have been buried for weeks under a blanket of white  but it always manages to burst into brilliant technicolour at some point during April. 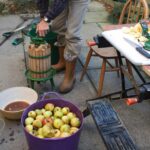 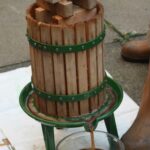 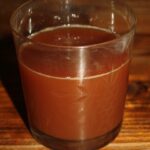 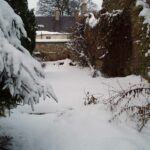 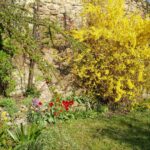