I spend most of my life in, on, under, beside water of one sort or another,  so Water as this week’s theme for the Gallery seems particularly apposite.  It is raining at the moment. It has been raining non stop for about three days.  However, it has not all been rain this summer and so to celebrate the fun days I thought I’d show you some of the watery things I’ve been up to.

Common Dolphins in the Sound of Canna – they have to bring a smile to your face! There were seals and puffins on Skokholm, although I swam around underwater wondering if it might be one of the last dives I would do. It won’t be but I was feeling particularly mortal at the time.  And then it rained in Edinburgh. Torrential rain, hailstones, forked lightning over Arthur’s Seat, thunder and lightning every few minutes for over an hour, floods in Morningside. We sat outside the dive shop waiting for the rain to ease so that we could sprint across the road.

It might have rained in Edinburgh but it was sunny in Donegal when we dashed over for a few days. “I’ve never seen this beach so busy!” said my sister -and she meant it. And yes, Kylie, that’s water. Salty water so I wouldn’t drink it. It was a reflective afternoon and the next day we went surfing. Even I was persuaded onto a surfboard but I would be lying if I said I managed to stand on it.  We also went to St Johns Point in Donegal Bay. When I lived in Belfast in the 1980s, we spent many, many weekeds camped here, diving around the small rock in the photo. It’s one of my all time favourite dive sites and it was wonderful to revisit it with Jane and to introduce it to GPD and GP2. And we managed to  take GP2 for his first dive in cold water!

Back to Edinburgh and we had tickets for the Edinburgh Tattoo, booked many months ago for Grandma’s visit. It rained. And rained. It is still raining.  The show went on, with an appropriately nautical theme; it was a bit muted by the weather but  we all enjoyed ourselves. 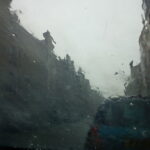 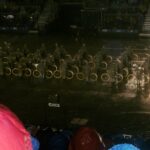 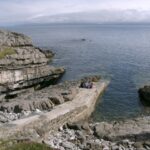 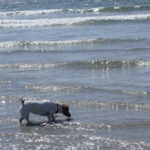 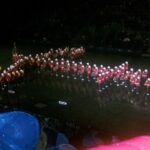 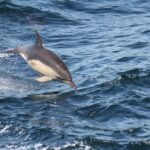 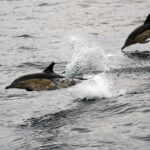 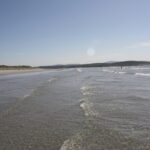 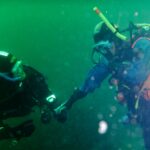 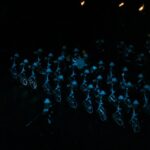 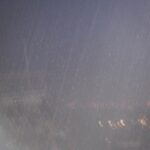 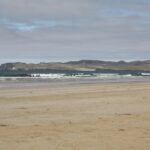 4 thoughts on “Life’s a beach”