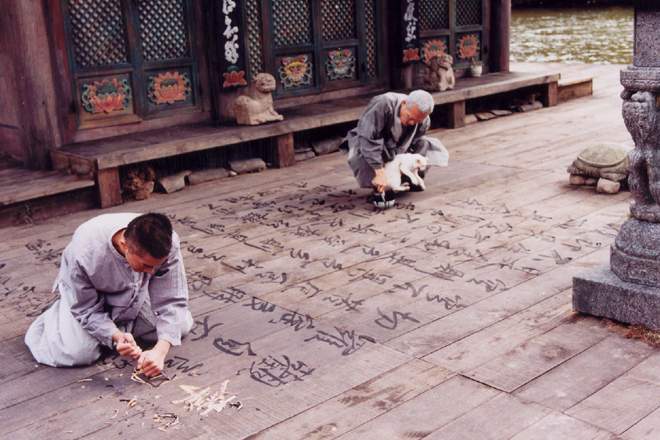 In the midst of the Korean wilderness, a Buddhist master patiently raises a young boy to grow up in wisdom and compassion, through experience and endless exercises. Once the pupil discovers his sexual lust, he seems lost to contemplative life and follows his first love, but soon fails to adapt to the modern world, gets in jail for a crime of passion and returns to the master in search of spiritual redemption and reconciliation with karma, at a high price of physical catharsis… (IMDB)

Click on the speech bubble (above and right) to paste in your review. Same rules as usual: use your school email and put initials for your name (unless you want your post to be what comes up when people google you)…