In ELP ICT this term, the pupils have been investigating their family lineage and undertaking a project that is allowing them to develop and use a wide range of computing skills whilst finding out a little more about where they come from.

We began the initial work by watching a clip from a BBC iPlayer episode of Who Do You Think You Are? In this episode famous childrens’ author, JK Rowling, explored her own family background and allowed our young people to have a simple discussion around the topic and disclose to the group what they already knew about family trees.

Our next task was to make a start on our own family tree building! Each pupil was given a basic template to take home and get parental support in completing the basic building blocks of their own ancestral line. Each family group completed a skeleton tree with details on grandparents name and dates of birth – and great grandparents if this information was to hand. Some families were also able to provide information about a further generation back.

This information was going to be used by each pupil to input data into an online family tree generator. Each student created their own online account using their school email address. Those who needed support to do this were assisted by an adult. Then data was entered into their respective trees and saved for use later on in this process.

Our next task was to find out more about our names. First of all we used online heraldry and ancestry sites to search for each of our respective surnames. We found out –

Each pupil generated a MS Word document to record this information.

We then moved on to looking at first names. Each pupil was set homework to find out why they were given the name they have. They were to pay particular attention to –

We soon discovered that our youngsters have a wide range of reasons for their first names being what they are! Two were named after someone famous, two were named after relatives and one got their name because their mum just liked it.

We also spent time using online resources to find out about the origin of each of the names. We looked for

Our next task was to look at family coats of arms in a little more detail. Each pupil was asked to find out what components there were in their respective coat of arms. They were then asked to use this information in conjunction with information about their own interests and background to create a more modern coat of arms for themselves! Using an online software template to build our own coat of arms, each pupil came up with a colourful and meaningful emblem for themselves. They included

Each coat of arms was then transformed using appropriate colours – if the name had Irish origins, for example, the pupils opted for green chevrons or flashes. We then stored them for inclusion in our final family tree…

This week the pupils are going to start digging a little deeper into their family histories. Using information we have about great grandparents and other relatives born or alive before 1911, we will be using the online resource www.ancestry.co.uk to look further back into our family history. We will be trying to use birth records, census records, marriage records and death records to establish

ELP Science will be entering the realm of the forensic detective in the coming weeks and months – thanks to Inspector Ben of Scotland Yard showing an insatiable appetite for all things CSI!

We will be differentiating the current mainstream S3 Forensic Options course and introducing our Senior ELP Scientists to the world of finger prints, foot prints and deduction.

Whether it is generating our own finger prints and looking for incriminating whorls or measuring tyre treads in the mud, our intrepid investigators will be learning a range of important life skills and scientific competencies. It should even make watching CSI even more fun for them! On Friday 15th March, the ELP pupils will be selling Red Nose baking to raise money for Comic Relief. We will be coming round classes during Period 2 and hoping to sell lots of goodies in aid of the charity. Having a Bake Sale is one of the 7 activities you can do to raise money. Why not check out the Comic Relief website for more information about how to do something funny for money?

We hope you will ELP our efforts by buying something from us on Friday – please bring lots of change to school!

In the meantime, here’s One Direction to help explain a little more! 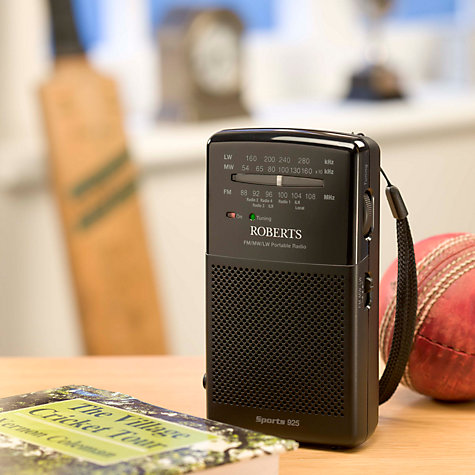 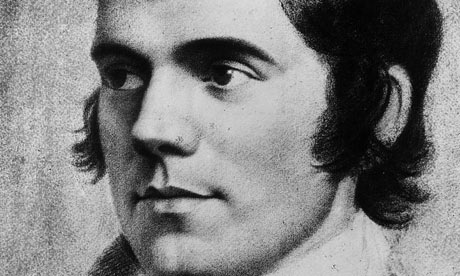 The ELPs have been finding out about Robert Burns.

Robert Burns was born in 1759 on January 25th. He is Scotland’s most famous poet. He wrote famous poems such as “To a mouse” and “My love is like a red red rose”. His most famous song is “Auld Lang Syne” which is sung at New Year.

Here is a link to a short film about Burns. It only takes 3 minutes to watch so why not spend a little time learning something new about our most famous poet?

ELP Cooking on Friday will become ELP Pudsey Cooking – for one Friday only! The pupils will be making Pudsey Spotty Cakes during Period 1 and then will look to sell them to other people during Period 2, as our contribution towards Children in Need.The kids will bring some cakes home as usual but half of what they make will go to the charity.Please can everyone also remember to bring their cooking money with them in addition to the £1 donation all pupils are being asked for on the day.

Apologies for the non publication of ELP diaries on the school website. As so many users will be aware, the school website has been out of commission for many months. However, now that the gremlins have been banished, we are back in business as of today and ELP diaries will reappear again in the coming weeks and months.

We know many of the parents have missed this valuable insight into their youngster’s daily routine and learning and will be busy bringing you fun and games, starting with this week’s Children in Need Effort! The ELP pupils will, as always be contributing to the work being done to make our annual Open Day the success it always is through our Whole School Project, London 2012.

We will be using a number of curricular areas to celebrate the success of our former pupil, Josh Taylor, in qualifying to represent Team GB at the London Olympics. Our plans include:

We are certainly going to be boxing clever for this year’s Whole School Project contribution thanks to Josh and his wonderful news!

Overview of Term 1- This academic term the ELP students have been learning about several Autumn and Winter festivals as part of their RME Curriculum for Excellence course. We looked at festivals celebrated at this time of year in the local community and overseas. The students have explored why these festivals are important to people and how cultural and religious beliefs influence their actions.

We have looked at the Buddhist Chinese mid- Autumn Moon festival, the Christian Harvest festival, the Hindu Indian festival of Diwali, the Buddhist Thai festival of Loy Krathong, the Jewish festival of Hannukah and Christmas. To enhance our knowledge and communication skills we have read, role-played and retold traditional stories relating to these festivals and learnt many new words. We have played traditional Chinese and Indian Diwali games to develop our maths skills.

To develop our ICT, research and motor skills we have made paper lanterns, built krathong floats from bread and Thai orchids, written and wordprocessed pieces of writing, coloured- in and used the internet to find pictures on what we have learnt, made Diwali Diva lamps and Diwali money envelopes and some very cute Christmas Nativity finger puppets. We have felt some traditional Thai silk and eaten exotic Chinese fruits and Moon cake, it’s been really good fun! During the months of September and October, Preston Lodge High School’s Enhanced Provision students, as part of their RME curriculum, collected and donated toiletries, cleaning and household items to support Bethany Christian Trusts Harvest Homemaker Appeal. The students collected many items which were distributed amongst Bethany Christian Trust hostels and their services for homeless people. During the months of November and December the ELP students learnt about the Thai festival of Loy Krathong. The students  built their own krathongs (using biodegradable materials) and floated them in the school pond. The students also established an international link with the The British International School of Phuket in Thailand. The ELPs sent emails to Thai students; introducing themselves, Scotland and their local community and outlining what they learnt about the Thai Loy Krathong festival. ELPS are global citizens! From exploring religious festivals, beliefs and  practices celebrated in their local community and in other countries in term 1, succeeded by  studying rules that apply within groups, communities and in the world religion Christianity in Term 2,  the ELP students were presented for the SQA RMPS Access 2 modules; ‘Questioning Belief’ and ‘Questioning the World’.