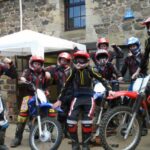 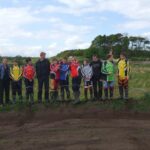 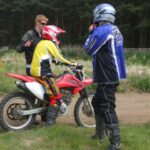 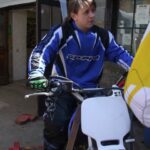 On the 29 we went to the Motorcycle Project at Haddington just off the High Street.  When we arrived we were introduced to everyone.  We then played some games before we went outside for a tour of the buildings and to see where the bikes and equipment were kept.  We had great fun sitting on the bikes and getting kitted up.  After that we played more games outside before we had some lunch.  Shortly after lunch we travelled back to the school in the minibus.  I really enjoyed my trip to see the motorbikes and found it very interesting.  I have now visited the Motorcycle Project twp times and I would to go back again.

we meet Linsey and Rowin and in the furst weet we got iwer gerr on.  and week 2 we went to the track

We all went to the bridgeside centre on Wednesdays with our pack lunch.  there are 2 people what take it  All we have done is games and went on the motorbikings  it was fun

We got the minibus and we met rowan went round.  When the Motor Bike centre.  We meet Rowan and Linsey  We played some games and started on the rolling road

first week   moterbiking got geared up and sat on a bike   second week we went on the bikes I done an incredible Jump in mid air with the bike and I landed it.  the third week i got the hang of the motorbike.  we metmen call Linsay and Rowan

On the first week we explored the aria and make banna and hot choclate, the second week we cut down trees, and then made hot dogs, the forth week we made a shelter and played games, and we carved wood and helped burn rope.

On the first week we expord the aria and mak bannas and Hot choclet. The second week cutting trees down and then mad hot dogs. The four week we mad sheater and payed games and carvend and then made march mals.

We cut done trees and clened up the phafe we cooked bhaps and choclate and we yous Bo Soard and lopers to cren up the pach.

The favourite part of the day at Forest Schools was when we played a game in the field. And it was okay when we the part I did not like when was it was raining and

We went to this wood calld buttrden wood and we got told to go and chek it out then we had lunch then mor cheking it out it was a fun first day. The second time we went we were cutting down trees to mack the path bigger. I like it when we all work as a grop I don’t like it when have to go

We bult a hut and cooked marshmallows on a stick. We also done some carving and made our fire. The first time I went we had a look around so we no our bounderys.

I Liked forest schools because I was with ma mates. The best thing was when I helped the boys make a hute. I didn’t like the hotdogs because they are not the nice. We cut down trees and used lots of Tools.

I dident enjoy when I dident fell well :$ I like it best when we cooking we cooked, chopped down trees, and learnt stuff about the woods and stuff

On the first day I wasin’t there I was at the duke of Edinburgh but I got told that we explored and made banna and something else. The secound week. We cut down trees and made hot dogs. On the forth week we had marshmallows made fires and made shelters

We started off at Norham.  We paddled our canoes down the River Tweed and camped under a bridge.  Put tents up, made fires, and ate munchies.   Got woken up too early and paddled down to Berwick upon Tweed where Frances bought us McDee’s. 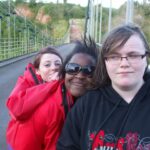 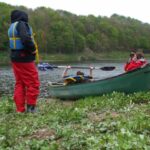 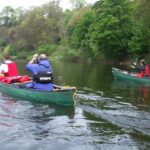 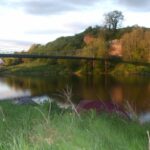 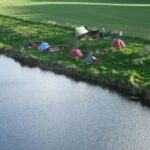 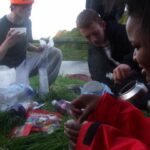 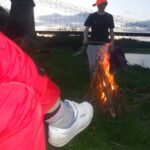 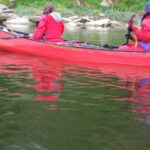 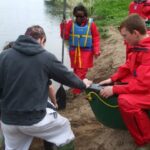 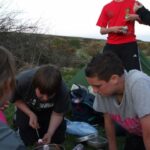 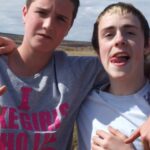 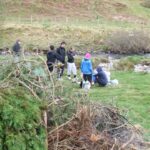 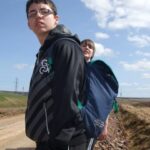 We went camping on the 23rd of May.  We went to Cranshaws.  We had to walk 8 miles to get there, it was good.  Every 2 mile we stopped for a break and had something to eat and drink.  When we finally got there we set up the tent and mucked about for a few hours and then made some food and after we had a game of rugby.  When it got dark we got a game of hide and seek for the rest of the night and every two games we heated up marshmellows and went back for another game.

In the morning we packed everything away and made some breakfast and left.  When we left we went somewhere to go gorge walking it was great fun we were absolutely soaking and had no change of clothes.