Could all pupils attending next year’s S1 Holland trip please ensure all payments are up to date. The most recent installment was due last Monday (December 6th) and whilst we appreciate that the snow has made coming into school difficult for some pupils, we want to ensure everyone keeps pace with the installment plan.

Mrs Hoban would be delighted to collect monies from anyone still to make their December payment as soon as is practicable – so get yer clogs on!  Should there be an problem in meeting the December payment please do not hesitate to contact her at the school. All matters will be treated in confidence and with sensitivity. This month has been something of a triumph for Team Grange as they collected point after point in the House Challenge.

The success of Mathew Gordon in a national Modern Studies competition, their domination of the school Dance Mat Dance Off, significant hauls in badminton and table tennis competitions and a lesser amount for fancy dress on Children in Need Day saw Grange go from last to first in the House Challenge in the space of 30 days.

Seton excelled with the dressing up box – easily winning the Children in Need event, meanwhile Gosford managed to collect a fair number of points through table tennis activities.

As we go into December the totals are as follows:

With a massive number of points to play for in the coming months the competition is anyone’s to win. Gosford had a relatively quiet November…so here’s to them upping their game and the others maintaining their performance.

Well done and good luck this month to all! 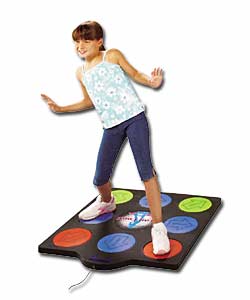 Last month an inter-house dance mat competition was held and saw resounding success on the part of Grange House. All three points winners are Grange pupils, with representation on the rostrum from S1, S2 and and S6. Well done to all three contestants…

Congratulations to all our finalists in the House Table Tennis Tournament on Thursday.

The tournament was a great success as all houses brought with them some very competitive teams – and the support for each house was outstanding. This is the first of many lunchtime House Sports competitions and – if the table tennis is anything to go by – things are going to heat up as the year goes on!

Here are the Final results…

An outstanding display, he dominated all other Junior players. A talent.

Recovered from his defeat in the trials to put in a solid performance winning his matches versus his Senior competitors comfortably. However, was outclassed by the all round game of Mrs Pike in the Winners’ Final.

(Mr Thomas claims that he was busy refereeing so couldn’t play and that this is not a fair reflection of the actual staff rankings! Aye, whatever!)

The next lunchtime house sporting challenge will be announced shortly.

If you don’t know anything about the MOVEMBER movement this facial hair growing going on around the school is all in the name of charity!

The staff (and the odd Sixth Year pupil) would like you to join them in the Games Hall at break time on Friday November 26th to judge who has the Mo of the Month (best) and who has a Miss Movember (worst) moustache.

All you need to do is head down to games hall on Friday with a donation and you can get in to watch the competition.

Also on Thursday and Friday we will be having a ‘Guess the Tash’ competition. An entry sheet will be getting sold in school for £1 a sheet. So get involved and bring a pound!

Show your support for this good cause and join in the tashtastic fun! House Points will be awarded for all ‘Guess the Tash’ participants and to the winners of the Movember competitions.

The next full House Committee meeting to be attended by all committee members (staff and pupils) will be next Monday November 29th 2010 in the Learning Zone (LZ3). All House Captains, House Liaison staff and ordinary staff members are invited accordingly.

In the meantime, House Captains should continue to meet with Mr Thomas on a weekly basis.

Mr Thomas has contacted the House Committee with the following news…

“On Thursday lunchtime over 100 pupils attended the House table tennis trials. While most attending played in the tournament some came down to support their House which created an electric atmosphere!

Each House  played their own tournament with the aim of finding the best three  Junior players and best three Senior players. The highlight of the trials was the senior match between Neil Kelly and Stuart Morgan, Neil coming through victorious in the end in a nail biting finish.

Come along on Thursday lunchtime and support your house table tennis players, if the trials are anything to go by it should be an exciting competition! P.S Staff will be playing for house points also, time for Mr Ramsay and Mr Redford to do their talking on the TT table(not literally!)”

Mr Thomas is in the process of working closely with our new House Captains to make sure this year’s House competition is the most meaningful one yet. Each house has now been assigned its own liaison teacher to help assist the respective House Captains with their House Challenge related duties (Mr Thomas for Gosford, Mrs Christie for Seton and Mrs Binnie for Grange).

New staff have been allocated to one of the three houses and established staff have been reminded of the house they belong to – as Mrs Robertson seemed to have “acquired” a few extras for Seton along the way!

There is a new House Board outside the S6 Common Room providing a focal point for House members and Committee members alike. A new Charity Events board will also hopefully be sited somewhere prominent in the near future to display news of all of the fantastic work being done by our Senior pupils in this respect…

The House Captains are now meeting weekly with Mr Thomas to review activities, planning and organisation of events. In addition to this the House Liaison Officers and a number of other interested staff will be meeting at least once a month with the House Captains.

House Points are once again being collected on a monthly basis and should be forwarded on the last Thursday of each month (pay day to make it easy to remember!) to Mrs Binnie. She has offered to collect, collate and report House Point progress. Mr Frost has kindly agreed to help with displaying this information on school televisions.

If any pupil or staff member has any interesting ideas or pro-active thought on how we can further improve the House Challenge we would be delighted to hear from you! Valkenburg Trip, Friday 25th June 2010 – reminder to parents that pupils should assemble in the side car park at 9.30am. Students should not come to school for registration that morning but meet the staff supporting the trip for a departure at around 10am. Please remember to carry an overnight bag for the ferry as your suitcase will remain on the bus for the duration of the trip – and you will not get it back until we arrive at the hotel the following evening.

All pocket money should have now been handed in to Mr Stewart and E111 Health Cards to Mr Evans.

Any last minute enquiries or worries please do not hesitate to contact Mrs Hoban in the Support for Learning Department.

Guest tickets are available for prize winners and can be collected from Mrs Hoban in Support for Learning Department. The final programme will be available at the end of this week. We look forward to welcoming our new constituency MP, Fiona O’Donnell, as our Guest Speaker for the evening – and Mr Clark to his inaugural Preston Lodge Prize Giving!

Congratulations to all those who have won awards this year!