Have a listen to the chords chosen by the class!

This week, we will decide the theme and lyrics for our song.  Matthew is really looking forward to hearing your ideas-so thinking caps on!!
Write down some of your ideas and bring them to class on Thursday.
Try listening to your favourite songs for inspiration!

This morning we went to visit the Jackie Crookston Memorial Statue.  It reminds us of the Tranent Massacre in 1797.  This is when Jackie Crookston led a small army against the government.  They wanted to stop people being forced to fight in the army.  Unfortunatley Jackie Crookston died when fighting. Primary 1 are still enjoying looking after their seeds.  We need to make sure they have plenty of water over the weekend.  We were suprised to see how tall they were after a few days holiday!

“Our plant is growing very well.  The stem is 6cm long.”

Today, Primary 1 saw some shoots growing from their seeds.

I wonder how much taller they will be next week?

From all the pupils in Primary 1. 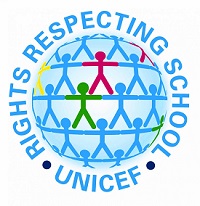